it works for now

We managed to sort out the problem with listening to the mp3 files. Well, it is a temporary solution until we really get to the root of the problem (I suspect an issue with the browser but am not sure what can be done, use another browser? there is probably a compatibility issue). I have decided to email the mp3s to make them accessible to both participating students and have received confirmation that this works? Great! So some comments will be on its way very soon.

In my mind are the 7 questions and how best to get the data. I have to admit that I wasn’t very clear from the beginning. Well, that is not true. I had created these mini booklets, yes, real booklets, that I gave to participating students. However, we lost one of the original participants and a new one joined us who missed the face-to-face session and didn’t get that magic booklet. I think if both had the magic booklet, there wouldn’t be an issue, or the issue wouldn’t surface during the project. Now that one has the booklet and the other one doesn’t, it makes it a bit more complicated with getting the data. Not that it can’t be managed but I need to keep track of how everything is recorded and most importantly if it is recorded. Am I policing?

I suggested to the student who doesn’t have the booklet to add the data directly to the MoRe space and that seems to work. If they would be directly linked to the audio reflections that would make things a bit easier. Easier? I am a bit concerned that I will make a mess of the data, that is all. So, I decided to create a speadsheet where I have recorded what has happened so far. It is a quantitative approach and more about numbers but still I can see some really interesting stuff imerging. Now the problem is that the data that will be in the magic booklet is missing. I know that I will get it in the end, but I am now thinking that it would actually be quite useful to get the data immediately after each posting. Yes, I have a dilemma. Should I, or should I not ask the student to suddenly provide the data in another way? I have changed so many things already… but is this a bad thing? Well, it might be too much. My speed of change is not necessarily somebody elses and I wouldn’t like to upset anybody. No, I think, I am going to wait for the booklet to keep some normality going and not check everything, all the time. I can learn from that and develop a better way of collecting these specific information if I run a similar project in the future.

What I could do? Well, I think I would go with adding the 7 questions and answers as a comment to each audio reflection so that they are there, and directly linked to the file. Having them online and in public, will also allow participating students to check each others and engage in thinking and conversation, probably around the data, which is another bonus, I feel at the moment. I dediced, at that moment in time, to go with the above (I might change my mind…) instead of the booklet that I used and creating a survey at http://www.surveymonkey.com (both these option wouldn’t enable an immediate exchange of information, but I still can see advantages if I would, so I might be wrong…

I am going with my initial plan, magic booklet for the student who has one, and copying answers into the MoRe space. 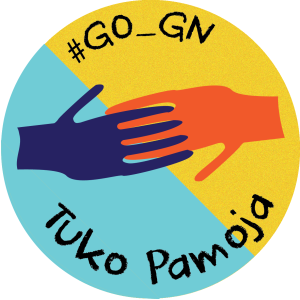