Last week was fascinating. Haleh Moravej opened the door into her classroom and together we co-facilitated workshops with two groups that brought students closer together. Students had the opportunity to share with others what helps them learn using LEGO bricks.

In a way this is a collaborative approach to academic development: on the job, just-in-time applied development that helps boost confidence in new techniques and leads to independence really quickly. Our collaboration had a direct impact on the learning experience of about hundred students and enabled the lecturer to familiarise themselves really quickly with the new approach through practice while also being supported as well as facilitate two of the four workshops on their own. The reflective conversations we had afterwards were of value for both of us and in a way we observed each other in action.

The students were first year undergraduates studying Nutrition21 and were Haleh’s four tutorial groups. This week was their second week at university and everything was still very new to them.

The groups were really diverse and brought richness of experiences to the mix. The workshop was offered to all four tutorial groups in early October 14. In total [to add number] students participated, approximately 20 in each group.

We used LEGO bricks and adapted the LEGO Serious Play method to create a relaxed and playful atmosphere which helped students open up and participate  actively in the session. None of the students had used LEGO(R) Serious Play(R) (short LSP) before but many had experience playing with LEGO bricks. When asked how they felt at the start of the workshop about using LEGO they expressed positive feelings and curiosity. [access the Google Spreadsheet]

In the first workshop we had the bricks hidden in envelopes to add some suspense. As soon as the students saw the LEGO bricks, they started building. Many couldn’t leave their hands of the bricks and some appeared apprehensive…

The warm-up activities helped create a smooth introduction to the method. The transition from reality building to metaphorical building worked for most students. And while some students found it initially hard to make a model and/or share details about their model with others, this soon changed and by the end, I think, students got it! I am wondering if this delay had more to do with the newness of the group than the method itself. Could it be that some students felt less willing at the start to open up as they felt perhaps limited or no group belonging? And did they decide to open up as others did too?

Students’ responses to the main question of the workshop, what helps them learn helped Haleh and myself gain a deeper insight into students conceptions of effective learning strategies. But also the students themselves had the opportunity to find out about each other’s learning habits and preferences. How the information will now be used by Haleh to create a stimulating and inclusive learning environment is crucial. 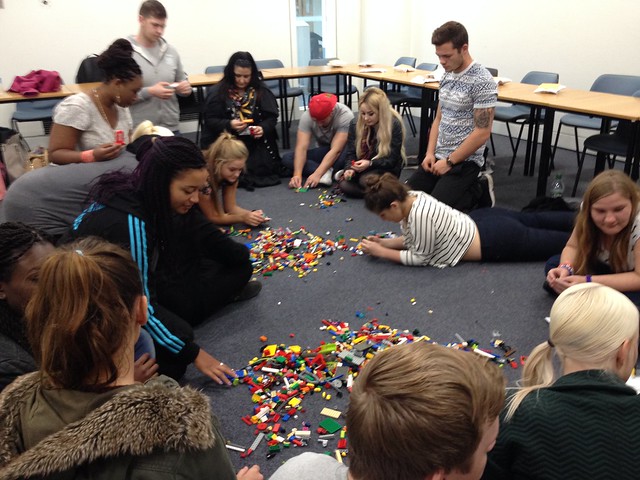 It was truly fascinating! The models and the stories behind these revealed a lot about what helps these particular students learn. The themes that came up repeatedly across the four groups were. What follows is a draft summary.

– Students expressed the necessity to have variety as they get bored otherwise
– Many students noted that the use of visuals, such as videos, images and flashcards helps them learn
– Students wanted to be actively involved in classes and participate in hands-on activities
– Some students stated that it helps them to listen to the teacher and write things down while one student noted that learning through teaching others was recognised as an effective strategy because when we explain things to somebody else we learn it too
– Students want to learn with others in groups but also recognised the need to study on their own when reading and  carrying out research
-Some students mentioned that they benefit from being connected to their peers via the Internet and use pedagogical approaches that are fit for the digital age

There are some indications of cultural differences and a range of familiarity with newer more student-centred and in other cases more teacher-centred approaches. 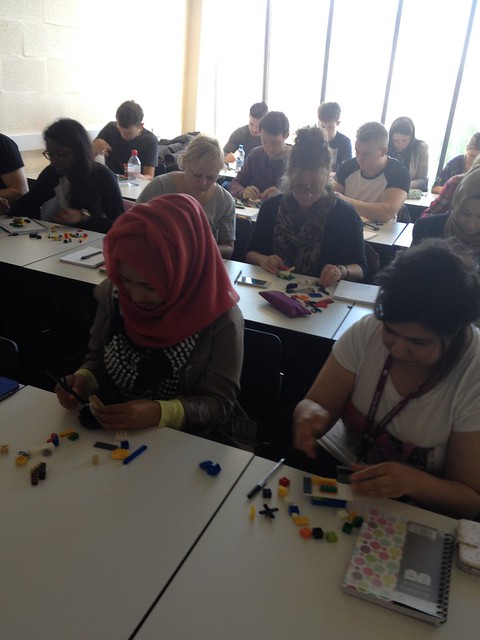 I will be further reflecting on the above to explore if we could group some of these findings thematically.
Thank you for inviting me Haleh. I look forward to your reflections, perhaps contrasting with what happened in last year’s sessions with this year’s might also be useful and help you identify differences, if any. Inviting the students themselves to comment on what they felt they got out of the LEGO workshop would help us get their perspective.

Wishing you and your students all the best for this academic year. Let us know how it goes.